The Importance of Shareholder Agreements In Our Client’s Succession Plan 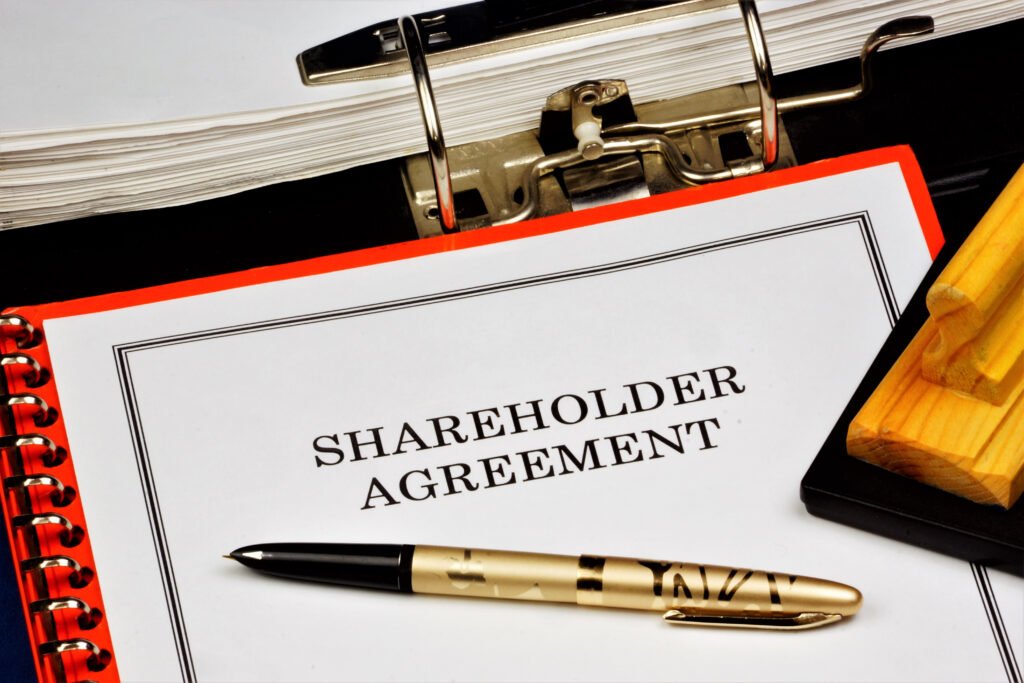 As a business advisor and dental attorney working with many dental practices and individual dentists, I commonly field questions from clients and make recommendations to clients regarding their estate and succession plans. Each client that I talk with may have a different motivation for raising the question, or recommendations may vary depending upon the specific facts and circumstances of the client involved. This blog post discusses the impact of a shareholder agreement on a dental practice and an individual dentist’s succession plan.

Why Am I Talking About This?

When we are working with dentists, we always talk about the importance of systems and structure. We talk about minimizing disruption to maximize profit within their business, and the many ways that we can do that. And, one system we can implement is anticipating certain disruption within a business and plan for how to handle it. As an example, what do we do if our business partner abandons the business, dies, files bankruptcy, is convicted of a crime, or gets divorced? We see many closely-held businesses, whether family-owned or nonfamily owned, including our dental practices that operate through informal understandings and handshakes. And, that works just fine right up until the moment that it does not work. Thus, we encourage our business owners to have a shareholder agreement that lays out the operations and the succession plan for these disruptive events. The shareholder agreement documents the mechanics of ownership and the transition of that ownership. It is a really important document when we have more than one owner. The importance of that document cannot be overstated.

What Is a Shareholder Agreement?

What Goes Into a Shareholder Agreement?

The contents of a shareholder agreement depend on the entity and its owners. It usually covers topics, including: (i) shareholder rights and responsibilities; (ii) share ownership and valuation; (iii) management of finances, business, assets, capital, and shares; (iv) rules for issuing new shares and restrictions on share transfers; (v) actions to take upon the death or incapacitation of a shareholder; (vi) conflict of interest rules, such as a non-compete clause or non-solicitation clause; and, in some instances (vii) dispute resolution methods.

Importantly, the shareholder agreement should:

And, Do I Really Need It?

Without a shareholder agreement in place, your shareholder agreement is whatever the law in your jurisdiction prescribes, which may not be at all what you want. Do not leave one of the most valuable assets that you may have to chance, or some other person’s perspective, and certainly not a court’s perspective. As an example, the last place that you want to be is in a courtroom with a judge that may not understand how a business operates. Most judges that we deal with, although very intelligent and hardworking, are generalists. They are typically overworked and handle many more criminal cases than they do commercial or business matters. And, again, they generally have very little experience with business operations. Thus, if possible, we certainly want to avoid the court process and the interpretation and perspective of our relationship to a court. That is why it is so important to have a very specific and clearly drafted shareholder agreement in plain English.

Also, as part of drafting our systems and structure and having clear communications with all owners, the shareholder agreement drafting and negotiation forces that discussion and brings out those issues early on in the process. It is always best to discuss issues before they arise. By having those discussions now, we avoid the potential stress, complications, and disagreement later. Further, by doing so, it indirectly assists us in improving overall business operations on a day-to-day, week-to-week, and month-to-month basis. It is a good thing.

In sum, we recommend that our dental practices and our dentists consider the importance of drafting and negotiating a shareholder agreement now, not later. Do you think that disruption will never occur? Do you think that no one retires, no one dies, no one gets divorced, no one files bankruptcy, no disagreements ever occur, and no one makes poor decisions that may cause them to find themselves on the wrong side of the law? Well, it happens. So, the shareholder agreement allows us to minimize disruption within the practice and maximize profit for the practice, as well as the individual owners, by planning for those events.

Please see my prior blogs on shareholder agreements, including: