Non-compete and Non-solicitation Agreements in the Age of Social Media: Drafting and Dispute Considerations for Businesses 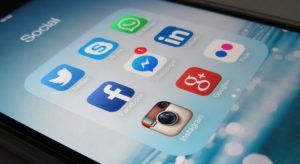 Within the past decade, social media has become integrated in both the professional and personal lives of working professionals, and social media sites are increasingly used recruiting tools. With the influx of networking, connecting, recruiting, messaging, posting, and blogging all being hosted on social media sites, the question facing courts in the social media age is: what types of social media activity, if any, constitute a breach of a non-compete and non-solicitation agreement? This article reviews the current state of the law regarding litigation on whether social media activity by former employees may violate restrictive covenants in employment contracts. Additionally, the article discusses how businesses can protect their legitimate business interests through careful drafting of non-compete and non-solicitation clauses in staff employment contracts.

Although there is not yet a well-developed body of law on this issue, Courts have begun to interpret the question of whether social media activity amounts to an actionable breach of a non-compete or non-solicitation agreement. The general consensus among most courts is to analyze the social media activity based on the “substance of the message conveyed, and not the medium through which it is transmitted.” Bankers Life and Casualty Co. v. Am. Senior Benefits, 2017 IL App (1st) 160687, ¶21, quoting Amway Global v. Woodard, 744 F.Supp.2d 657, 674 (E.D. Mich. 2010). i.e., Social media activity like “friending” or connecting on LinkedIn is, in itself, generally not found to be a solicitation. Communications over social media that are truly passive in substance have not been held to be a breach of a non-compete or non-solicitation agreement. On the other end of the spectrum, communications that are an actual and direct recruitment, competition, or solicitation are actionable for breach. The threshold for where passive communications turn into actionable conduct under a restrictive covenant is a grey area that courts continue to interpret.

Businesses are left in a position where a great deal of social media activity does not qualify as actionable. Courts have recognized that, “Absent an explicit provision in an employment contract which governs, restricts or addresses an ex-employee’s use of such [social] media, the court would be hard pressed to read the types of restrictions urged here, under these circumstances, into the agreement.” BTS, USA v. Executive Perspectives, Superior Court, judicial district of Waterbury, No. X10CV116010685, (Oct. 16, 2014) (2014 WL 6804545) *12.